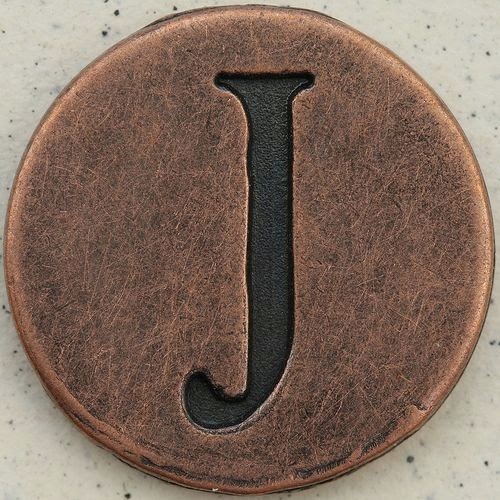 I wrote a little about James Jenkins last year in my post about his father Zephaniah Fry but I am glad to have the opportunity now to say more about him. As I said before James was born in 1753, the illegitimate son of Zephaniah Fry of Chippenham and his servant Ann Jenkins. Both his parents were disowned by the Society of Friends for adultery, although Zephaniah was readmitted after only two years.

James's father wanted no contact with him and his mother was not allowed to bring him up. He was raised by a non-Quaker nurse in a village near Bristol until he was ten when he was sent to London as an apprentice to John Fry, a cheese dealer. At first James was ignorant of any family connection but eventually his master's brother told him, 'We are both thy kindred, being nearly related to thy father.' Later his master's father, another John Fry, called him nephew, a name that James received 'with surprise and pleasure'.

James was ashamed of his illegitimacy and felt that he had to earn acceptance from his newly-
discovered family by making every effort to please them. He began to attend Quaker meetings and his master sent him to school, first in London and then for three years boarding at High Flatts in Yorkshire, an isolated place which James described as ‘a desolate area of rough moorland about fourteen miles long and seven in width’. After this limited education James was bound apprentice in 1768 to Hannah Jesup, a widow in the grocery trade at Woodbridge in Suffolk. When after three years Hannah married an Irish Quaker, Robert Dudley, James went with them to Clonmel in Ireland.

In Clonmel James blossomed. He became an ironmonger, made friends with other young Quaker men including Robert Dudley's son from his first marriage, began to read more widely and started a common-place book. It was in Ireland too that James joined the Society of Friends and he always judged Quakers against the standard of what he found there. Although Irish Friends rigidly enforced ruled of dress and conduct, because they were a small and isolated community they also cared personally for one another. In Ireland young Quakers like James were welcomed, consulted and made to feel important whereas in England James was not allowed to be more than an observer of the Quaker scene.

When James completed his apprenticeship in 1773 he became clerk to a firm of Quaker merchants in Waterford. After seven years he had accumulated savings of £300 and joined in a partnership with other Friends selling Irish cheese to England, but the enterprise failed and he lost most of his capital. For the next fifteen years James led a precarious existence in business in England in various capacities, using all his Quaker connections but finding it hard to make ends meet.

James's financial position was not helped by the fact that he had taken on family responsibilities. He married the Irish Quaker Elizabeth, or Betsy, Lamb in 1780 without a dowry but with the promise of a substantial legacy from her father Benjamin which never materialised. on top of this Betsy suffered from ill-health for twenty years, her various complaints exacerbated by almost constant childbearing. She suffered thirteen miscarriages and bore ten children of whom seven died young, leaving three sons who survived into adulthood and died in 1806 at the age of 47.

James's prosperity improved in 1795 when he was employed by his uncle John Fry's stock brokerage
firm after Joel Cadbury, who had a prior claim as a son-in-law, withdrew because he could not cope with the chaos and uncertainty of the market. Although many Quakers disapproved of dealing in stocks, seeing it as a form of gambling, James discovered that he had a talent for it and became a prosperous broker. In 1819 he retired to Folkestone and left his flourishing business to his sons. Unfortunately they did not inherit his ability and within five years they went bankrupt and were disowned by Friends.

These further financial difficulties, together with the early death of two of his sons, were a great blow to James but he rallied and managed to somewhat recover his fortunes. When he died in 1831 at the age of 78 he was described by Kent Quarterly Meeting as 'Gentleman', an epitaph which would have given him great satisfaction.

James Jenkins left little behind him financially but his great legacy is a manuscript, Records and Recollections which he left for safe-keeping to a fellow-Quaker who made sure that it was preserved and passed down from generation to generation until it was deposited in Friends House Library in 1918 and eventually published in a scholarly edition in 1984.

James had kept a diary for many years and used it to compose the story of his own life and to comment on the state of the Society of Friends as he saw it. His own history had brought home to him the hypocrisy that could be part of Quakerism in his time and he was concerned to be an objective observer and tell the truth. He therefore wrote 'alternative testimonies' on Quakers he knew when they died as an antidote to the bland hagiographies which were approved by the British Quaker establishment. He described their physical appearance, their idiosyncrasies of speech and behaviour, their good points and their failings. James retained a respect and love for Quakerism while still pointing out what he saw as abuses. His writings give us another view of 18th century Friends, showing them as fallible individuals rather than impossibly good role models, and James thereby does both us and them an invaluable service.

Quaker Alphabet Blog 214 - I for Intervisitation

This is a long word for a simple practice. I first heard it used by an elderly Friend in my former meeting who was concerned that members of larger meetings in our area meeting should sometimes visit smaller ones in order to encourage them. Another older Friend from Reading, Richard Schardt, was in the habit of visiting meetings around the country and he asked for and was provided with a 'travelling minute' from the area meeting. He brought back an annual report and his intervisitation is explained by him in QFP 13.31

Neither of these Friends saw what they were doing, and encouraging others to do, as 'travelling in the ministry' and in fact Richard quite vehemently denied that this was any part of his concern. They both wanted to support and encourage through friendly contact, to remind meetings that they were not isolated but part of a larger network.

I have visited other meetings when on holiday but my main intervisitation has been alongside the workshops and talks I have given about spiritual autobiography and other subjects over the years. I have travelled all over the UK and often stayed with Friends, attended meeting for worship and built up contacts and friendships.

Another kind of intervisitation can happen at different kinds of gatherings - Area Meeting, Regional Meeting and Yearly Meeting all give us the opportunity to 'see one another's faces', to meet a wide variety of other Friends and talk about our different situations. Woodbrooke too acts as centre where Friends from different meetings, countries and cultures can come together. After all the word intervisitation implies a two-way process. I visit you, you visit me and we both expect to benefit.

Personally the experience of intervisitation which has probably influenced me most has been through my involvement with QUIP (Quakers Uniting in Publications). Not only have I learned a lot about Quaker publishing but I have encountered Friends from a wide variety of Quaker traditions and this has certainly broadened my horizons. I am glad that while I cannot always visit the friends I have made physically we can still keep up our contact through Facebook!

It is good to get to know one another in the things which are eternal and I like the definition of intervisitation given in the Faith and Practice of Philadelphia Yearly Meeting -
'Friendly intervisitation, whether formal or informal, has for more than three hundred years provided an important opening for understanding and cooperation in the affairs of Friends and for mutual ministry and spiritual growth.'
Posted by Gil S at 3:57 pm No comments: Links to this post