Although businesses such as printing were officially carried on only by men, in practice women took a full share in the work, particularly if they were the widows of printers or came from a printing family. Tace's father Andrew had himself been apprenticed for seven years from 1646 to a woman, Ruth Raworth. Tace was more than just a bookseller but, as a fellow printer said of her, 'understood her trade very well, being a good compositor herself.' She carried on her father's business when he began to lose his sight and probably had full control of it from 1691.

In 1706 Tace married Thomas Raylton, who although then registered as a hosier, soon became a printer too. There is no record of any children of the marriage. From this time until Thomas died of asthma in 1723 Tace and Thomas traded under the name of Tace's mother as 'Assigns of J. Sowle'.

Tace considerably increased the number of Quaker books published by the firm and eventually became virtually the official Quaker printer. She sometimes had more of an eye to business than some Friends appreciated, often printing more copies of a book than she had been asked for if she thought that there was a demand, until her paymasters, Six Weeks Meeting, ordered her to stop. In 1734 she was asked to join the Womens Meeting of London, possibly so that they could draw on her proven business acumen.

Printing was very much a family business and one of Tace's sisters, Elizabeth, married William Bradford, the first Quaker printer in America. After Thomas's death Tace Sowle Raylton published under her own name until 1738 when she took on her nephew, Luke Hinde, as a partner. He inherited the business and carried it on, still publishing Quaker books, after Tace died in 1749, the oldest printer in London, at the age of eighty four.

Tace was named after her paternal grandmother and her name comes from the Latin taceo - I am silent. We have no writings of her own but her skill made it certain that other Quaker writers were heard.
Posted by Gil S at 1:38 pm No comments: Links to this post 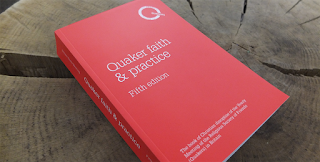 Britain Yearly Meeting is in the process of considering whether the time is right to embark on a full-scale revision of its current book of Faith and Practice, issued in 1994. The 'church government' sections have been continuously updated since then to reflect changes in practice decided by the Yearly Meeting in session but the chapters and extracts have remained the same. As a rule of thumb the book is revised once a generation so perhaps the time is now right but there was no unity when Britain YM considered the matter.

A committee has been set up to consider how a revision might take place and they suggested that as a first step Friends might try to become more familiar with the book they already have. They also suggested a calendar of readings arranged by subject area rather than from start to finish - in fact the Introduction is timetabled last! It was hoped that individuals and groups would follow through the calendar - beginning in October 2015 and going through to April 2017 - so that we could come to a more informed decision when asked to do so.

We are now a year into the process and I have been part of a small group from my local meeting following the calendar and sharing our reactions with each other. Although we have not been asked to do a revision ourselves it is easy to slip into a critical mode sometimes. In general we have found the more formal, didactic sections on what is expected of office-holders and how things should be done more opaque and less easy to understand and relate to. Some of the extracts too seem out of touch with our modern concerns.

For me the best part of the exercise has been reading parts of the book that I have not read before and discovering extracts that speak to me directly. One of the surprises has been that the age of the quotation often bears no relationship to how up to date they feel. Two of my group's favourite authors turn out to be William Penn and Isaac Penington!

I look forward to continuing the reading process and discovering more hidden trasures as well as finding out more about the friends who are reading and discovering with me. If there is one thing I have learned myself it is that if we do not read the book and share it with others no revision will be of any use to Britain Yearly Meeting in the future.
Posted by Gil S at 1:45 pm 2 comments: Links to this post

Procrastination is my besetting sin and writing a Quaker Alphabet blog was supposed to be a way of fighting it, so why have I not written anything for the blog for almost a year?

Part of the reason has been an unexpected health problem. Given my family history I might expect osteoarthritis (check), diabetes (check) or heart problems (not yet!). What I did not expect was acute angle-closure glaucoma which arrived in February and threatened the sight of my left eye. Swift referral from a splendid GP to an equally splendid eye hospital in Bradford meant that the problem was caught more or less in time and dealt with by laser treatment. I emerged feeling battered and uncertain and with a loss of some peripheral vision and this took much longer than I expected to recover from. 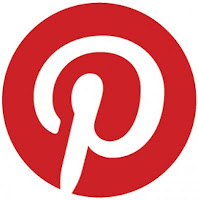 At least I now know which of my senses I really don't want to lose! I have spent a lot of time this year looking  - at people I love - at nature around me - at art, especially on Pinterest. I have been reading and researching too although now I am more aware of eye strain and try to take breaks, especially from the computer screen.

Now, with eye drops, regular checkups and the prospect of a possible cataract operation to relieve the pressure further I am feeling alright but I have found it too easy to put off regularly writing this blog. I am now determined to continue this alphabet to its end - but then I will have to find a new way of disciplining myself to write! I hope to reach Z again before the end of this year, but I'm not promising anything.
Posted by Gil S at 4:09 pm 2 comments: Links to this post