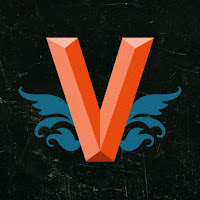 As I said in a much earlier post, Friends in the past have felt ambivalent about both reading and writing poetry. Some, like Mary Southworth Mollineux, did write in this form but only on serious subjects and they hesitated to publish their work widely or under their own name.

In the 18th century poetry was often copied by Friends into commonplace books for their own use. This might be written by Quakers but works such as James Thomson's The Seasons were also popular. As the century progressed a few Friends ventured into the public domain with their poetry. In 1794 Catherine Payton Phillips published The Happy King; a sacred poem which was addressed to George III. The main subject of the poem is to urge the monarch to do away with slavery and was part of mainstream Quaker campaigning at this time. In her Memoirs Catherine states that when she became a minister she stopped any reading other than the Bible, but perhaps towards the end of her life she allowed herself more latitude, as her poem is very much in the contemporary style.

In later times many Friends wrote poetry and even published it, although like W. C. Braithwaite's volume it was often referred to, self-deprecatingly, as Verses. There were Quaker poets, such as the Americans Walt Whitman and John Greenleaf Whittier but it was only in the 20th century that this became an acceptable description in the UK. Poets who are Quakers do not always identify as Quaker poets but a modern anthology has recently been published. A Speaking Silence; Quaker poets of today came out in 2013 and was advertised as the first of its kind for over a hundred years.

So what is the difference between poetry and verses? Is one more serious than the other? There is certainly a continuing tradition of both forms appearing in local newsletters and blogs and both are now equally acceptable. I would like to end this post with an extract from a verse published in 2007 by the Sheffield Quaker Simon Heywood which is part of another tradition - verse which pokes fun at the idiosyncrasies of Friends - usually in a loving spirit.


I'm a lonely little Quaker
and I'm feeling very small.
I'm the clerk of Monthly Meeting
and there's no-one here at all.
I've got all the minutes drafted
and I'm ready with my pen
but the sense of Monthly Meeting
is they've stayed at home again...

If it wasn't for the Quakers
in the Quaker burial ground
then I'd be the only Quaker
for a hundred miles around,
for the buses stop at seven
and there's something on TV
and this month it's nominations
and there's no-one here but me.
I could minute they're prevented
but they never said what by.
I'm a lonely little Quaker
and I think I want to cry.
Posted by Gil S at 2:09 pm No comments: