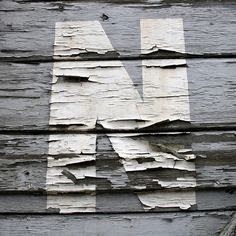 I've been thinking about nostalgia quite a bit recently, partly because I've been spending time scanning old family photographs and partly because I have been considering the question of what it means to be a Quaker today ahead of Yearly Meeting Gathering.

Looking back does not always involve nostalgia, which can be defined as 'a sentimental longing or wistful affection for a period in the past'. The memories evoked by the photographs of myself and my family that I discovered were not always entirely happy ones although I did sometimes feel a wistful affection for my younger self and the times in which I lived.

It is as true now as it was in the past that as we grow older we may feel that things have changed and not for the better. I have heard it said with regret in my own meeting that 'This is not the Society of Friends that I joined'. Samuel Bownas was perhaps in the grip of the same kind of nostalgia when he wrote, towards the end of his life in 1751, to his old friend and fellow minister James Wilson ‘The church seems very barren of young ministers to what it was in our youth, nor is there but very little convincement to what was then.’

From the second generation of Quakers onwards there have always been those with a nostalgia for a past that probably never existed looking forward with trepidation to the possible demise of Quakerism that so far has not in fact occurred. In the 19th century John Greenleaf Whittier wrote a poem about his idea of an ideal Quaker in an ideal past who he felt that his contemporaries should aspire to emulate-

'The Quaker of the olden time!
How calm and firm and true,
Unspotted by its wrong and crime,
He walked the dark earth through.
The lust of power, the love of gain,
The thousand lures of sin
Around him, had no power to stain
The purity within...'

Did such a paragon ever actually exist and is this nostalgic view of any help when considering how we may best be Quakers today?  For me a study of Quaker history can be helpful to us now when it reveals the reality of our past failures and inadequacies as well as inspiring us with stories of Friends going forward in faith in the best way they can. However if history is only used to confirm our present day positions and prejudices it is no better that the sentimental longing of nostalgia.
Posted by Gil S at 2:28 pm No comments:

Mary Southworth was born in 1651 and brought up in Lancashire, possibly in Warrington. She was an only child and, her cousin tells us, was 'much afflicted with weak eyes, which made her unfit for the usual employment of girls, and being of a large natural capacity, her father brought her up to more learning than is commonly bestowed on our sex, that she could fluently discourse in Latin, made considerable progress in Greek, wrote several hands well, was a good arithmetician, a student of several useful arts, understood physic and surgery and the nature of plants, herbs and minerals, made some inspection into divers profitable sciences and delighted in the study of nature.' Mary also began to write poetry from the age of eleven.

She was convinced while she was still young and in 1684 was imprisoned in Lancaster Castle for attending Quaker meetings in Warrington. It was there that Mary first became acquainted with Henry Mollineux, although they had seen each other before. He says that at this time 'I believed that she should be my wife; but never intended to express any thing thereof, whilst we were both prisoners there; and after she was released, I saw her, and was in company with her several times, before I expressed anything of my concern to take her to be my wife; several considerable men having before attempted to prevail with her on that account.'

Eventually they were married at Penketh, now a suburb of Warrington, on 10th April 1685. They had two sons to whom they gave the unusual but biblical names, Othniel and Elleazor. The family lived first at Ormskirk and later at Liverpool. Both Mary and Henry suffered persecution during their marriage. Henry was imprisoned for not paying tithes and Mary disputed with the bishop of Chester about the injustice of this.

In general though Mary did not speak out in public. She wrote poetry as personal advice to those who came to her for support. Her talent was low-keyed, not fiery or controversial. Mary's epistles, meditations and contemplations are all of an improving nature, with an emphasis on homely domestic virtues, and were given to her friends and relations as a message of kindness, affection and sound advice on behaviour.

Mary was not writing for the public and would not allow her poetry to be printed during her lifetime. Her friend Trial Ryder says, 'I remember that several years ago, when she was a single woman, upon perusal of some copies of her verses which she gave me, I felt such unity of spirit with them that I said I thought they might be of service if made public in print, but she was not then free that her name should be exposed, she not seeking praise amongst men, but to communicate the exercise of peculiar gifts amongst her near friends and acquaintance.'

Unfortunately this embargo was not destined to last for long as Mary died in 1696 at home in Liverpool at the age of 44. During her last illness she spoke of her regret at leaving 'her little lads', then aged eleven and nine. She sometimes spoke in Latin, not to impress others with her learning, but in order to communicate privately with Henry when company was present. Soon after her death Henry published her poems as a tribute and testimony to her and as a help to others. The volume proved extremely popular and Fruits of Retirement; or Miscellaneous Poems, moral and divine went into six editions in the course of the eighteenth century.

It was most unusual for Quakers to write poetry at this time and even more so to publish it, so that Mary's cousin, Frances Owen, felt that some justification was necessary. 'And though verse is not so commonly used in divine subjects as prose, and but too much abused by the extravagant wits of the age; yet she, like a skilful chemist, had learned to separate the purer spirits and more refined parts of poetry, from the earthly, worthless dross, and made use of her gift rather to convince and prevail upon the mind, to affect and raise the soul upon wings of divine contemplation, than to please the airy fancy with strains of wit, and unprofitable invention, which she was ever careful to avoid.'

Although Mary's poems are not on the whole to our taste today, their popularity during the century following her death show as that her family's hope for them was not groundless. Here is a short extract from one of her poems Meditations in Trouble which gives some idea of her style.