Caroline Fox, the youngest of the three children of Robert Were and Maria Barclay Fox, was born at Penjerrick, near Falmouth in Cornwall in 1819. her parents both came from long lines of Quaker forebears and were themselves devoted to the Society of Friends, although they remained untouched by the evangelical trends of the time. Robert was an amateur scientist of repute, conducting chemical experiments on his living-room table, and the family home was a cultured and literary one.

Caroline and her brother and sister were educated at home - writing essays, reading, learning domestic skills and taking plenty of exercise.They were concerned with the welfare of the local people from an early age and conceived the idea for the foundation of the Royal Cornwall Polytechnic Society in 1832 when Anna Maria, Barclay and Caroline were 17, 16 and 13, respectively. This became more than an idea as their parents, uncles and aunts and their friends took up the proposal with enthusiasm and made it a reality.

Caroline also began to keep a journal in 1832 in which she recorded the comings and goings of the household including several vivid character sketches. After Caroline's death a selection from her journals was put together and published by Horace Pym, a friend of the family. He concentrated on her portrayal of famous people such as Wordsworth, Tennyson, Elizabeth Fry and John Bright and omitted most of the references to Caroline's own life.

Until she was twenty-one Caroline's life was placid. Her time was spent at home, with occasional visits to London and Bristol. However in 1840 she made the acquaintance of John Sterling, a writer, radical and friend of Coleridge and Carlyle. The two became friends, even though he was twelve years older than Caroline, married and the father of five children. Then in 1843 Sterling's wife died after giving birth to their sixth child and he and Caroline grew closer.

The couple entered into an engagement but the match was strenuously opposed by Caroline's family, who disapproved of Sterling's lack of Christian belief. Caroline regretfully withdrew from the engagement and a further blow fell when, less than a year later, Sterling died of the consumption he had suffered from all his life.

From now on Caroline gave up all thought of personal happiness. At first she suffered from depression and then threw herself into good works. She found that her experience of suffering enabled her to enter into the feelings of the poor and the bereaved. She became much more serious in her approach to religion and was influenced by the writings of the Christian Socialist, Frederick Denison Maurice. She formulated a broader definition of Quakerism for herself and wrote in 1846
'I have assumed a name today for my religious principles - Quaker-Catholicism - having direct spiritual teaching for its distinctive dogma, yet recognising the high worth of all other forms of Faith: a system, in the sense of inclusion, not exclusion; an appreciation of the universal and the various teachings of the Spirit,, through the faculties given to us, or independent of them.'

More family sorrows afflicted Caroline. In 1855 her brother Barclay died of consumption in Egypt, in 1858 her mother died and in 1860 her sister-in law, Barclays widow, Jane Fox died, also of consumption, in France. This last loss brought Caroline and her sister Anna Maria an added responsibility in the shape of their nephews Robert, George, Henry and Gurney, then aged 14, 13, 11 and 9, whose guardians they became.

It was not long, however, before the boys grew up and left their aunts' care and Caroline's health began to fail. In 1871 she caught a cold while out delivering New Year gifts which turned to bronchitis and after a few days illness she died in her sleep at the age of 53. Caroline's sister Anna Maria oversaw the publication of Caroline's journals after her death and made sure that the originals were destroyed as requested in her will. She lived on until 1897 and was buried in the same grave in Budock Quaker Burial ground near Falmouth.
Posted by Gil S at 2:38 pm No comments: Links to this post

My Facebook feed this morning has been full of pictures of Ffriends watching, or trying to watch, the partial solar eclipse. Some found elaborate ways of not looking directly at the sun, some were frustrated by cloud cover and many remarked, as I did, on the strange quality of the fading light and the confused behaviour of birds.

Thinking back to past eclipses I wondered whether Quakers had been interested in them and I found one particularly important example. In 1919 Arthur Stanley Eddington, born in Kendal in 1882, led an expedition to Principe, off the West coast of Africa in order to observe and photograph the eclipse. Eddington, a Cambridge professor,  hoped to find proof of Einstein's theory of relativity which the two men had discussed before the war. As a Quaker, Eddington was determined to show that science could be an international endeavour, free from war-time hatreds and prejudices and with this expedition he succeeded.


There is much more to say both about Eddington and about the expedition but for now I will refer you, dear reader, to an article by Matthew Stanley 'An Expedition to Heal the Wounds of War: the 1919 Eclipse Expedition and Eddington as Quaker Adventurer' which can be downloaded from academia.edu and leave you with your own thoughts about eclipses.
Posted by Gil S at 3:09 pm No comments: Links to this post 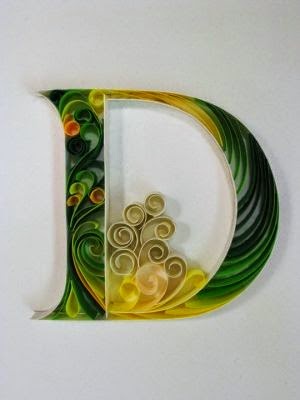 Every Yearly Meeting Clerk has their own style and few have been more distinctive in recent years than Christine Davis. When I heard of Christine's death last month the first thing that came into my mind was the sound of her voice addressing the Yearly Meeting in the early 1990s as 'Dear Friends' in a warm but also authoritative tone. From her they were the perfect words to assure us of her love but also to remind us of our responsibility and to gently take us to task when we were in danger of neglecting our discipline.

As a description 'dear' is mild and understated but often heartfelt. Through the years many friends have earned the epithet - for example Grace Chamber and Abiah Darby, as well as George Fox himself. It is often to be found not in the official record but in the letters and diaries of their contemporaries.

The phrase also reminds me of a Quaker song which I have sung many times as a round. The music can be found in an instrumental arrangement here but it is the words which are most important.

Dear Friends, dear Friends,
Let me tell you how I feel.
You have given me such treasure.
I love you so.
Posted by Gil S at 3:25 pm No comments: Links to this post