Frances Henshaw, usually known as Fanny, was born at Caldon Hall near Leek in Staffordshire in 1714 into a wealthy family but lost both parents before she was six years old. She and her elder sister were committed to the care of their uncle as guardian, who made sure that they were well educated according to their station and placed with a serious and observant Anglican family.

As she grew up Fanny became more and more concerned with religion and was drawn to Quakers, as she says, ‘I felt a secret love and approbation of their simplicity and godly sincerity, though I had no great acquaintance with them, nor was much conversant with their writings, neither had been at more than two of their religious meetings, and those when I was very young; but the inward sense given me of them as a people, so conscientious in the converse and commerce amongst men, kept me from prejudice against them, nor durst I, like some of my acquaintance, (though in other cases I had as quick a satirical disposition as most) make this people the subject of ridicule , nor speak lightly of the spirit they professed, feeling in the interior of my mind it would be at my own peril, if I should so daringly and imprudently indulge my wit.’

In 1734,when she was just 20, the serious illness of her sister brought about a religious crisis in Fanny, As she says ‘I was ready to petition the Almighty in the secret of my mind, that she might be relieved if it were consistent with his will, and if one of us must suffer, that it might rather be myself than she, judging myself less timorous; but in the midst of these considerations, I was informed as certainly in my own conscience, as if it had been told me by a person of unquestionable validity and authority, that I must undergo a great work, and know a thorough change before I could be prepared for a happy death. A query arising in me what this could import and what this change must be, I presently had an answer uttered to my breast with great weight and solemnity to this effect – The change is this: Thou must with others bear the Cross in the closest way, and become a Quaker.’

When Fanny told her friends they were horrified and looked for reasons for her resolution. They suggested ‘that possibly it might be the good opinion I and our family...had entertained of a neighbour of ours who had sometimes been at the house, and done many acts of friendship for us, that had biased my judgement in favour of the Quakers’ principles; he being a strict Quaker and very conscientious in his whole conduct and conversation, which I thought was praiseworthy both in him and others. But I was very far from any personal liking or affection to him, though the report was soon spread that I was in love with him.’

Fanny's friends tried hard to change her mind by argument, enlisting the aid among others of the poet John Byrom and of William Law, the author of A Serious Call to a Devout and Holy Life, who corresponded with her, but she remained firm. After nearly two years of inward and outward struggle Fanny visited her guardian and convinced him of her sincerity and that she had come to her decision independently. As she says ‘The searcher of hearts who knew the strait I was in, wrought upon my uncle in my favour, and made him plead my cause with them that strove against me, and with a courage becoming his station, assert and plead for my just liberty of worshipping God in the way I believed to be right; saying I had as good a title to this liberty as any person, and none should abridge me of it and he stand by.’ Thus championed Fanny became a Quaker in 1736 when she was 22.


Perhaps unwisely, Fanny was recognised as a minister only a year later and began to travel extensively almost at once. All went well initially but she then encountered more opposition, this time from some Friends, because of her popularity, especially among young women. As with May Drummond, another convinced Friend, there was a fear that popularity might lead to spiritual pride.  By 1743 Fanny had reached a point of physical and mental collapse and her Quaker supporters recommended that she should be cared for by Grace Chamber of Kendal , an older woman minister who was both wise in the ways of Friends and skilled in medicine.

Grace took Fanny into her home for an extended period, giving her rest, good advice and fresh and salt-water baths. Writing to Joshua Toft, a friend who was particular concerned about Fanny, Grace summed up the young woman's problem, ‘She has been quite overdone, both body and spirits, and the fever coming upon her in that low condition was beyond what her constitution could undergo without being borne down below measure, which is not easily recruited, there being need of both inward and outward helps. As divine providence has provided both for our souls and bodies so I conclude we ought to receive both in as much faith and thankfulness as possible we can.’

When she was on the road to recovery Grace also introduced Fanny to another young woman, Abiah Sinclair, later Darby, and the two became lifelong friends and travelled together in the ministry. Grace was instrumental in introducing Abiah, a young widow, to her second husband, Abraham Darby, and perhaps she also made a match between Fanny and William Paxton of Durham as the two couples married in the same year, 1745. Marriage and children (she and William had four sons) were good for Fanny, although she remained of a nervous disposition. The network of Quaker friendship centred on the Darby's home in Coalbrookdale also remained very important and supportive for Fanny both personally and for her Quaker ministry. Two years after William Paxton's death in 1753 Fanny married William Dodgson, also of Durham. In 1771 the family moved to Leek, Fanny's birthplace, but William died in 1775. Fanny continued to travel extensively in the ministry until she died at the home of her son William Paxton in Macclesfield in 1793 aged 78.

Fanny left a memoir of her convincement, which stresses the lack of influence which individual Quakers had on her and the strength of her Iward Guide, written partly before her first marriage and partly afterit, the two sections being signed with her different names. It was published after her death, but not without problems. According to William Phillips, the Quaker printer, writing in 1808, it was approved for publication by Second Days Morning Merting in 1794, but was suppressed by Meeting for Sufferings on the advice of William's father and Morris Birkbeck in their role as 'correctors pf the press' because of discoveries they had made 'of a certain kind of spiritual pride.' A revised version was eventually published in 1804, but this shows that doubts about the possible influence of Fanny Henshaw as a convinced Quaker remained even after many years. 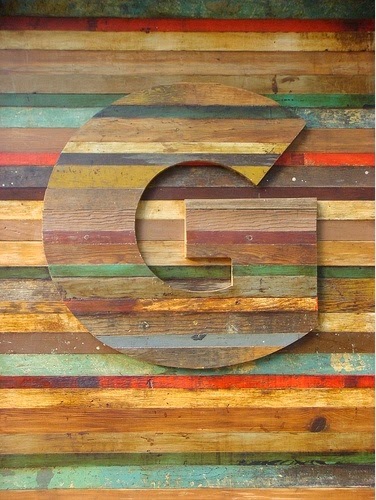 Sitting in meeting, considering what my next alphabetic blog post might be, it became clear to me that I should write about guidance.

There have been many times in my life when I have needed help with finding what to do or where to go next. I have often brought my perplexity into the silence of worship (sometimes with others and sometimes by myself) and waited for guidance. Help has often come, not always immediately or in the form in which I have expected it. I may be guided to speak to someone, to undertake a new project, to read something or just to continue waiting.

Where does this guidance come from? In the third of our Advices and Queries we are asked to encourage in ourselves a habit of dependence on God's guidance for each day. I'm not sure that I manage the everyday part but I know that I am asking for and receiving guidance from God, my Inward Guide as well as my Inward Teacher. The guidance I receive is gentle but insistent. I am free to ignore it and I often do, but if I follow, however hesitantly, then it is my experience that 'way will open.'

Although I live in quite different times, when I seek for guidance I feel at one with the travelling Friends in past centuries waiting to be guided to the right ship in which to embark on the dangerous ocean and ignoring many others that appear quite suitable to the outward eye. I know that I am waiting for guidance in the same way and from the same source, however foolish and deluded I may seem to some.
Posted by Gil S at 3:17 pm 2 comments: Links to this post