Richard Reynolds was born in Bristol in 1735, the only son of Richard, an ironmaster, and Jane. He was educated at a Quaker school in Pickwick, Wiltshire between the ages of 5 and 14 and then returned to Bristol where he was apprenticed to William Fry, a grocer.

At the end of his apprenticeship in 1756 one of his father's friends, Thomas Goldney, sent Richard on a business trip to Shropshire to visit the ironworks of Abraham Darby II at Coalbrookdale. This visit changed the course of Richard's life as it was here that he met and fell in love with Hannah, Abraham Darby's eldest daughter. They were married in 1757 and Richard took over the running of the iron and coal works at Ketley and Horsehay, living at Ketley Bank a few miles from Coalbrookdale. He prospered in the business, becoming a partner, and the couple had two children, William and Hannah Mary, but their happiness was cut short when Hannah died of measles in 1762 when she was only 27.


Richard and his children moved into Dale House in the centre of Coalbrookdale where there were plenty of Darby family and other Quakers to look after them. After eighteen months as a widower Richard was married in 1763 to Rebecca Gulson, one of his late wife's closest friends, and went on to have three more sons with her, Michael, Richard and Joseph. Also in 1763 Abraham Darby died and Richard took charge of the whole Coalbrookdale company during the minority of his brothers-in-law. In 1768 when Abraham Darby was 18 Richard turned the business over to him and returned to Ketley but had to take charge  for a while again in 1789 when Abraham died of scarlet fever.

Richard Reynolds proved an energetic and innovative manager who much improved the profits of the company and grew very rich himself. During the first half of the eighteenth century scarcely any iron was manufactured in England, as the woods had been cut down and various attempts to use coal had failed. It was under Richard Reynold's supervision that the problem was overcome and coal was used, not only to smelt iron ore, but to turn the cast metal into iron that could be used. He assisted two of his workmen to take out a patent for this process which produced enormous profits for the Works. He extended the business considerably, manufacturing cylinders for the early steam engines and being the first to use cast-iron for colliery tram rails.

Working conditions in Coalbrookdale were hard, dirty and noisy, but Richard Reynolds did his best to improve conditions for his workforce and their families providing decent accomodation for them. When he purchased the nearby estate of Madeley he laid out extensive walks through the woods on Lincoln Hill commanding beautiful views expressly for the use of the workmen and their families. Richard himself was passionately fond of the beauties of nature and took every opportunity he could to appreciate them. He did not feel that this in any way clashed with his Quaker faith. As he wrote to a friend 'I think it not only lawful but expedient to cultivate a disposition to be pleased with the beauties of nature, by frequent indulgences for that purpose. The mind, by being continually applied to the consideration of ways and means to gain money, contracts an indifferency if not an insensibility to the profusion of beauties which the benevolent Creator has impressed upon every part of the material creation.'

Richard remained active in business and in time his sons joined him there. William in particular was as inventive and innovative as his father had been and the business continued to grow. As their children married and set up their own households in the area Richard and Rebecca moved back to Dale House and were joined by various companions. The most long-lasting of these was Priscilla Hannah Gurney who although brought up a Friend became a Plain Quaker through the influence of the Reynolds and the Darbys and looked on them as her family, calling Richard her 'parental Friend'.

However in 1803 Rebecca Reynolds died and later in the same year so did Richard's son William. Richard felt that after more than 40 years in Coalbrookdale it was time to move on. He signed his shares in the business over to his remaining sons and moved back to his home town of Bristol. At the age of nearly 70 he was determined to spend the rest of his days acting as 'his own executor'. He strongly disapproved of making charitable bequests by will but believed that it was his duty to do all the good he could during his life. In modern terms his donations totalled millions of pounds. He did not limit his donations to Quakers but gave large sums to many different bodies and individuals although always as anonymously as he could, working through agents. Inevitably in time his munificence became known but he refused all thanks, directing gratitude to God, the giver of all good.

In the late summer of 1816 Richard Reynolds travelled to Cheltenham Spa to take the waters for his health and died there in September aged 80. He was buried at the Quaker burial ground in Rosemary Street in Bristol followed to the grave by people of all classes and persuasions and by many of the poor of Bristol to whom he had been so generous. 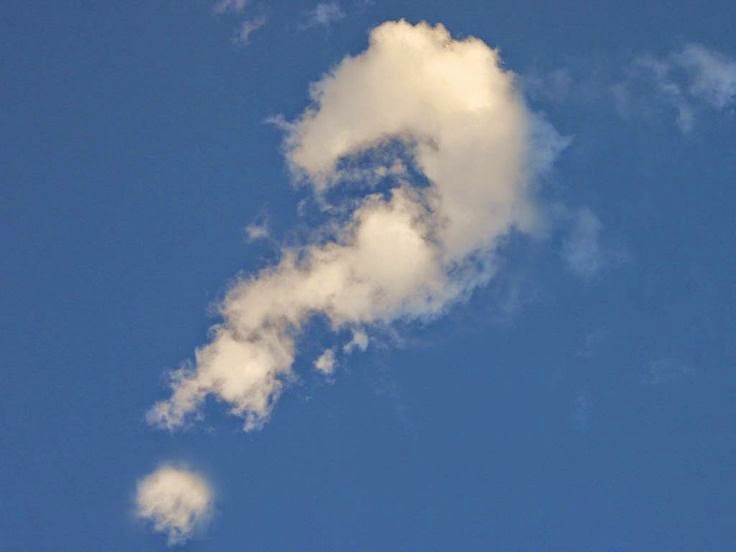 Questions are at the heart of how Quakers have always expressed their faith, but these are not questions asking for certain answers or for certainty at all. Rather they are part of an ongoing process of questioning, both individual and corporate, as we strive to listen to the continuing revelation of the truth for ourselves and for our times.

In the early days of the Quaker movement in Britain, Yearly Meeting asked for oral replies from local representatives to a series of factual questions about how many ministers had died and how many friends had died in prison since the last meeting. Slightly more subjective was the question about 'How the Truth has prospered amongst them since the last Yearly Meeting and how friends are in Peace and Unity?' Over the years more questions were asked and replies were written rather than spoken. From 1723 onwards the word 'question' was replaced by 'query' perhaps reflecting the broader nature of the enquiries being made.

During the 18th century the queries were used as a means of attempting to standardize the behaviour of Friends and of naming and shaming practices that were disapproved of, such as paying for the local militia, drunkeness, buying ornate furniture and wearing fashionable clothes. When the queries were revised in 1791 a few short 'general advices' were added to them and these were expanded and revised continually until the present day. 'Advices and Queries' were two separate lists until the 1994 edition of Britain Yearly Meeting's Faith and Practice (the Red Book) when they were combined and organised by theme.

The value of the queries for self-examination had been commended by Yearly Meeting in 1787 and as time went on the emphasis shifted from a corporate towards an individual practice, although from 1931 there has been a requirement for Advices and Queries to be read in meetings for worship. The value of Advices and Queries as a tool for outreach has also been recognised and they have been published seperately and often given to enquirers as a distillation of Quaker belief and practice.

But in recent years it seems to me that we have become less comfortable with questions - either asking or answering them. When a new badge was produced a couple of years ago saying "I am a Quaker - ask me why" many Friends were acutely uncomfortable about it.  and would not wear it. They did not want to be asked questions about their faith (as opposed to general questions about Quaker beliefs and practices) and felt that they were doing enough if they 'let their lives speak'. There has also been  some disapproval of the Yearly Meeting theme 'What does it mean to be a Quaker today' as being too introspective and self-indulgent.

However if questions are uncomfortable perhaps that is all the more reason why we should ask them, and attempt to find answers for them. For example, Craig Barnett has urged British Friends to engage in a lively open-ended discussion about their differences which must include some questioning.

The answers to the questions Friends have asked over the centuries have changed, as have the questions themselves. We are not looking for the one right answer or to formulate a dogma to which all Friends will be required to sign up. Questions help us to 'know one another in the things that are eternal' and that can never be a bad thing.