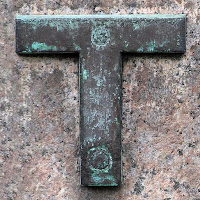 In these days of post-truth and bare-faced lies in public discourse I am convinced that it is more than ever important for Friends to stand firm in their testimony for the truth in whatever form that manifests itself.

When I went to work in Friends House Library in London and first consciously encountered Quakers, one of the things which most impressed me was the carefulness with which my questions were answered. I was often required to wait while a sufficiently truthful answer was thought about and given and I learned to love that weighty pause.

I learned to be careful in my own speech, not always to say the first thing that came into my head and to be as accurate as I could be. Knowing that this carefulness and respect for the truth was a basic testimony of Quakerisn made it more attractive to me.


Another part of the testimony to truth and also to equality showed itself through not using titles, but calling oneself and others just by name. There were some problems with this at work and with banks etc. but I persevered. Respect can be shown in other ways than in using the 'vain titles of the world' for as Fox put it 'True civility stands in truth'.

We may have different views of the truth, especially when exploring our spiritual lives, and those different views deserve respect. Listening with an open mind and expecting to be listened to in the same way are both ways of finding truth and can bring us closer together in that true civility.

Telling the truth and being careful not to repeat lies that are maskerading as truth are both vitally important to me. That was true before I became a Friend but it is even more so now. Whatever the accepted norms of the wider society may become I know that Truth matters and I shall continue to try to speak truth to power as well as in my everyday life.
Posted by Gil S at 2:50 pm

Great to be able to read your blog now that I have a new,all singing all dancing tablet for Christmas Gil - and this blog post a great one to start with 😀

Yes, speaking truth and being known for it are both powerful ways of living.

Glad to see you blogging again.

Thanks Gil, for me the foundation stone of the Quaker way.

For a group that started off as "The Friends of Truth", it seems we are now implicitly required to tolerate all sorts of falsehoods. People are not equal in goodwill, nor capabilities, thoughts, perception, learning, desires, nor even spirit, and these differences are largely inborn and scarcely variable for long by any means that has been tried (and many have been tried). There is that of God in every man, but not necessarily the same bit, nor in the same amount. Beyond experience, the ideal of equality is self-contradictory. Every possible form of ethics or morality requires preferring the better to the worse, so regardless of the specifics of what is to be preferred or shunned under any such system, they are all unanimous that one must judge, one cannot cop out by a false pretense of equality. Nor is one's choice in such matters free in any self-consistent ethics, one cannot elevate a desire to a goal without accepting all that leads to it and all that comes from it.

"The Testimony of Equality" coined by Howard Brinton in the middle of last century is false. Pretending that the worse is equal to the better is not only unjust, it quickly leads to preferring the worse to the better so as to hide its inferiority, to lies on top of lies, to disinheriting one's own posterity and giving it to inferior invaders and within a few generations to the extinction of one's own people the end of the civilization inherited from them and a dark age. But doing what it takes to stop that, or even acknowledging that it is happening, no - even questioning the illogic of: "good people believe in equality" would not only hurt some people's feelings, but likely set off tantrums of deranged hatred. But who cares about posterity or civilization when feelings are at stake?

Also false is the belief that: "all religions, properly understood, are equivalent to progressivism". Many of the changes to morals of the past fifty years have happened in other civilizations, never sustainably, usually as a sign of terminal decline. What purports to be social progress is actually degeneration. Kipling's "Gods of the Copybook Headings" inevitably "with terror and slaughter return."

Being scrupulous about little matters is of little use if one does not oppose the big lies, the lies to which everyone must acquiesce on pain of expulsion from society.